Tyvek®—Advancing the Science of Protection in Medical Packaging 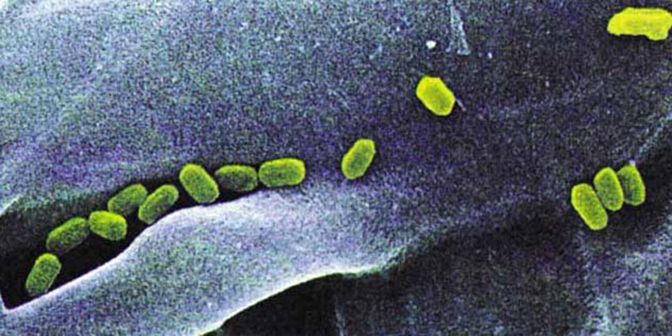 The history of Tyvek® begins in 1955 when Jim White, a DuPont researcher, noticed white polyethylene fluff coming out of a pipe in a DuPont experimental lab. After examining this material, it was found to have some very interesting properties. A program to develop the new material was set up and a year later DuPont submitted a patent proposal for strong yarn linear polyethylene. It took several more years for research teams to perfect the manufacturing process for what was to become a new engineered sheet structure from DuPont. The manufacturing process was based on the flash-spinning technology invented by DuPont scientist Herbert Blades.

During the early history of Tyvek®, a pilot facility was established in 1959 for trial applications such as book covers, tags, labels and certain garments. In 1965, the new engineered sheet structure was registered under the trademark name Tyvek® and construction of a new manufacturing building began at the DuPont Spruance facility in Richmond, VA. Equipment was built to exacting mechanical tolerances, operators were trained and in 1967, plant operations began. Later that year, the new product was officially introduced and soon afterward, the many advantages Tyvek® offers for medical packaging applications became apparent.

Tyvek® was a product unlike any other that members of the healthcare industry had ever seen before. Interest in this new microbial barrier product was quite high. In the late 1960s and early 1970s, hospitals were being pressured to reduce labor costs associated with re-sterilizing devices and medical device manufacturers (MDMs) began developing disposable medical devices that were terminally sterilized. Until Tyvek® was introduced, there weren’t any porous packaging materials available that would perform well during gas sterilization—the most widespread form of sterilization at the time.

That’s why Tyvek® was met with such enthusiasm. It offers outstanding microbial penetration resistance, is puncture-resistant and strong enough for packaging any disposable devices—even sharps and heavy kits—and doesn’t become brittle after gas sterilization.

In addition to its superior performance during gas and ethylene oxide (EO) sterilization—the second most popular form of sterilization in the late 1960s and early 1970s—Tyvek® was shown to be strong enough to resist rips and tears, decreasing the likelihood of damaged products and returns.

After MDMs discovered the exceptional strength, durability and versatility of Tyvek®, they started looking for new ways to take advantage of the optimum balance of properties that Tyvek® offers. Soon, Tyvek® was being used in virtually every form of sterile medical packaging, becoming the material of choice for pouches, lid stock, breather patches and headers for bags.

As the industry continued to change and grow, MDMs found that Tyvek® met their evolving needs. In response to this continuous growth through innovation, increased customer demand and globalization, additional manufacturing capacity was added at the Richmond facility in 1975 and production of Tyvek® began at the DuPont facility in Luxembourg in 1988.

Providing a higher degree of protection for medical devices and supplies than any other porous material used for sterile packaging applications, Tyvek® has expanded the packaging and sterilization choices available to MDMs. In fact, many advances in medical device technology would not have been possible without Tyvek®, including the use of newer sterilization techniques, as well as improved drug delivery systems.

The strength and toughness of Tyvek® have also enabled MDMs to expand their packaging options by installing faster, more efficient machinery, such as high-speed form-fill-seal packaging equipment, and to create innovative packaging designs for new devices and kits as procedures and market needs continue to evolve.

At the Forefront of Technological and Regulatory Development

In 1996, the Global Medical Packaging Team for DuPont™ Tyvek®—now known as the DuPont Medical and Pharmaceutical Protection Team—was formed to better meet the needs of our growing worldwide customer base and to help ensure that our contribution to the industry went far beyond just our product offering.

As leaders in the industry, we are dedicated to sharing information and expertise on topics ranging from industry standards and regulatory compliance to technical issues and quality. We develop and participate in conferences to help the industry stay on top of standards, regulations and new technologies. Members of our team regularly participate on activities within a number of industry standards-setting organizations. And, DuPont packaging engineers are available globally to support MDMs with knowledge about materials, packaging design and processing to help optimize performance and total cost, as well as to ease implementation.

Focused on the Future

We are proud of the role Tyvek® has historically played in this industry and we continue to be focused on the future. A future that will include new medical device technologies and growing demand, particularly as the world’s aging population increases and access to quality medical care improves in developing nations.

To meet this growing demand and to help ensure greater continuity and flexibility of future supply, DuPont announced in 2011 that it is transitioning Tyvek® 1073B and Tyvek® 1059B to manufacturing lines that use the latest flash-spinning technology and equipment.

DuPont is making a multi-year investment of more than $30 million and has a global, cross-functional team working on the MPTP to help make this transition process seamless for SPMs, MDMs and the healthcare industry.